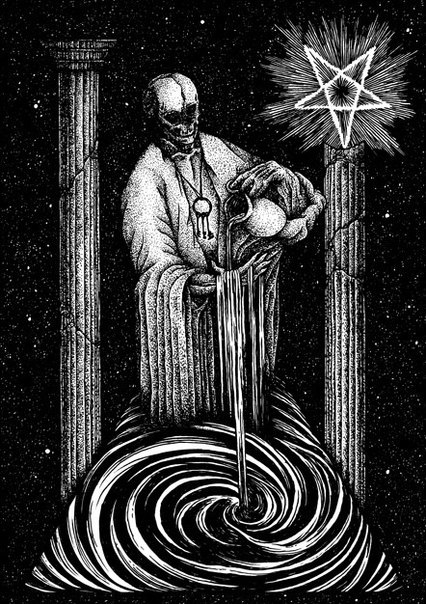 In this hyperconscious mouse we see a prefiguration of Raskolnikov who vacillates between being an overman and a worm; it is also the prototype from which Stavrogin and Ivan Karamazov will emerge . This idea of the hyperconscious individual, self-conscious in the extreme, who necessarily goes beyond the normal individual and cannot help stepping outside humanity, provides Dostoevsky with the raw material for the complex web of concerns that will occupy him in his later work.

In his first novel, Poor Folk, the figure of Mikhail Devushkin is a man who lives in a corner of the world much like the underground man . Although his ambition is to become a writer, he gives up the idea, lamenting that his writing lacks style, and makes his living transcribing the writing of others . He says:

If everyone had to become a great writer there would be nocopyists . . . . Even if I resemble a mouse, I don’t care-as longas this mouse that I am is necessary for you and I am of anyuse in the world, and if I can receive compensation withoutlosing that status. But what kind of mouse is it?

The love that impels him to save his beloved takes him beyond the limit of his means and discloses a latent fanaticism for self-sacrifice that violates the normal human way of being, a passion lito bear burdens” a it is called in The Possessed. Overwhelmed by the forces of the world, and with his love relationship gradually turning to despair, a certain “pleasure in self-humiliation” (Notes from Underground) creeps into this love .

This is not yet hyperconsciousness or rebellion, however. One senses in both Dostoevsky and his protagonists a profound Dickensian humanism in which tears of sorrow come out in the form of humor. Devushkin writes to the lover who is slipping away from him: “I shall die-I shall certainly die.” Had he been able to find within himself the strength of rebellion to return to life from this ultimate despair, a standpoint like that of the underground man as a “retort-made man” might well have come to the fore .

The hyperconscious mouse, who deviates from “man” in the dual sense mentioned above, symbolizes the breakdown of modern humanism. The normal individual functions well within humanis mowing to his “dullness of wit,” and this humanism gains strength on being projected on to the ideal of a new society. But Dostoevsky’s “atmospheric” genius quickly sensed the breakdown of “the human” and the advent of nihilism within the new humanism . His underground man represents a deliberate experiment with this breakdown in order to show it for what it was and to al low Dostoevsky himself to arrive at his own eternal ground . As Berdyaev says, Dostoevsky’s works embrace the crisis or internal denunciation of humanism, so that humanism comes to an end with Dostoevsky and with Nietzsche.

The “underground psychology within the mind” that emerged in Dostoevsky’s writing opened up a realm distinct from the psychology of normal people. A change took place in psychology equivalent to the introduction of irrational or imaginary numbers into the system of rational numbers . A psychology containing incommensurabilities and antinomies that cannot be resolved by normal rationality became for him a “higher reality,” where attraction and repulsion, love and hate, appear as one.

The underground man sees the sudden spasm of sensual desire that overtakes him as a revenge. Seizures of “the sublime and beautiful” that flash like fireworks against the dark sky of dissipation only serve to heighten the contrast. The sublimest and the basest meet at their outer limits; the ideals of Sodom and Madonna fuse as one . But above all, it is the mode of being of the very “self” made hyperconscious in the retort-made man that becomes an antinomy.

The self desires to be itself and to be free: it is a path to the sublime and, eventually, to God; but at the same time it is a path away from God and toward baseness. It is a life that defies rational expianation: the closer it comes to God the more it diverges from God, and the more it diverges the closer it comes. Freedom has to be exercised to the limit, but this means freedom for evil as well as freedom for good. Because this freedom is so elemental it is compared to a kind of seizure or “spasm.” The standpoint of “contemplative inertia” is the standpoint of a self which faces “the wall” in such a life .

The reason why the normal man who lives above ground, the man of “straightforward action,” looks dull and superficial from the viewpoint of the contemplative inertia of the underground man is that he has some foundation on which to make a comfortable abode, and also that he “mistakes immediate and secondary causes for primary ones.” In contrast, the underground man asks: “Where are the primary causes on which I am to build? Where are my bases?” and continues to inquire into ever more fundamental things . It is from this posture that the standpoint of inertia emerges, impeding action of any kind. If he is slapped, he is incapable of striking back at once. Even a slap seems to be a necessary event occurring according to natural laws, as inevitable as “Two times two is four.”

The one who is slapped does not know how to act in the face of the stone wall of the world of two times two is four. Instead, he is thrown back from the stone wall to within himself, where he inquires without ceasing into the ground for action (in this case the action of hitting back) . Try as he may to do something, all he can do is sink down into the bottomless swamp within him, inert and powerless.

As a result of this ” self-discipline of cogitation,” the orientation of consciousness to inertia begins to look on “the essence of such things as consciousness or thought.” “But then,” he asks, “if this is already that natural law, then what wil l be the end of it all? It is after all the same thing.” In other words, contemplative inertia is the state in which one naturally ends up by strengthening consciousness; the underground man conceives of it as the result of the normal basic laws of heightened consciousness. It is no more than “the lawful result [born of] consciousness.”

Natural laws control even the inner workings of consciousness and make it inert. The underground man confronts the wall within self-consciousness as well, and rebels there too. His “nihility” does not even allow the fanaticism of a Bazarov.

In this, too, we see a deepening of the self-awareness of nihility. Take an example. In order to convince oneself that an act of revenge is pure and just, and in order to carry it out calmly, it is necessary to believe that justice is its primary cause. But what justice is cannot be established with the certainty of “two times two is four.” When anger wells up, it ends up dissolving “like a chemical solution” as consciousness becomes inert. Conversely, if one yields to blind feelings, one realizes the self-deception immediately and ends up despising oneself. In the end, there is no avoiding a life of contemplative inertia as a conscious spectator who stands by with arms folded . Such a life is fil led with profound ennui, and everything becomes the same . This is a bottomless nihility and yet not a state of stagnation in which consciousness is simply dulled; quite the contrary, a violent storm rages on in the abys s of this nihility.

Feelings and aspirations, having lost a path to discharge themselves to the outside, turn inward and diffuse themselves within the confines of the self. Unable to believe in the reasons for which normal individuals rationalize their purity and righteou sness, and having strayed from the middle path of humanity, consciousness intensifies to the point that one is incapable of the self-deception of the normal individual and at the same time comes to feel what amounts to an abnormal secret pleasure in base things. In these straits, life torturesone with humiliating pain unti l finally even despair and humiliation themselves become pleasurable .

The more conscious I was of goodness, and of all that “sublimeand beautiful,” the more deeply I sank into my mire and the more capable I became of sinking into it completely. But the main thing was that all this did not seem to occur in me accidentally, but as though it had to be so . As though it were my most normal condition, and not in the least disease or depravity, so that final ly I even lost the desire to struggle against this depravity. (II)

In short, the underground world is one in which the “retort-made man” who has strayed from normal humanity rediscovers himself as normal . In contrast, so-called normal men who live above ground, men of ” straightforward activity,” have some kind of solid ground within them . They accept some kind of goal in life, or feel some value or ideal, as an absolutely consistent basis of support of which they are readily convinced . This is why such persons are able to act-and also why they are “dul l and superficial.” They have mistaken the most accessible secondary causes for the primary ones.

Their intelligence lacks the wherewithal to question and seek the more fundamental causes, so that even if they are thrown against the wall of “two times two is four” they do not fal l into despair. It does not occur to those of weak consciousness and self-consciousness to put up a resistance; they simply surrender. They rather accept the wall as part of the foundation of their lives, and they feel a sense of relief in the face of it (much as a conquered people feels a sense of relief in the face of a declaration from the conqueror) .

For such people a wall is not an evasion, as for example for us people who think and consequently do nothing; it is not an excuse for turning aside . . . The wall has for them something tranquilizing, morally soothing, final-maybe even something mysterious . . . (III)

The stone wall, two times two is four, the laws of nature, the conclusions of natural science, mathematics-these a re for normal men a kind of “tranquilizer”; they contain a kind of “magic word” which brings about peace.

As soon as they prove to you, for instance, that you are descended from a monkey, then it is no use scowling, accept it asa fact. When they prove to you that in reality one drop of your own fat must be dearer to you than a hundred thousand of your fellow creatures, and that this conclusion is the final solution of all so-called virtues and duties and all such raving and preju dices, then you might as well accept it, you can’t do anything about it, because the two times two is a law of mathematics . Just try refuting it. (III)